The recipe of the Nuremberg sausages

Though Nuremberg sausages are only 7 to 9 centimeters long, their superb flavor makes them a unique delicacy.
A resolution passed by the Nuremberg city council back in 1998 officially defines the recipe for Nuremberg Bratwürste/Rostbratwürste. According to this recipe, only roughly defatted pigmeat may be used. The recipe also states that the pigmeat must be medium-chopped, devoid of any filler – and that the bratwurst must be in a sheep’s casing.

But the most stellar attribute of Nuremberg sausages is its distinctive marjoram flavor. Marjoram is a member of the Lamiaceae Mint family. The wild form of marjoram stems from Asia Minor, and it is often referred to as a “sausage
spice,” owing to its frequent use. Marjoram is particularly spicy and is rich in essential oils.

Aphrodite, the goddess of love and beauty, even called marjoram a symbol of bliss. Thus it’s fair to say that original Nuremberg Rostbratwürste make people who consume them feel not only satiated, but also content. 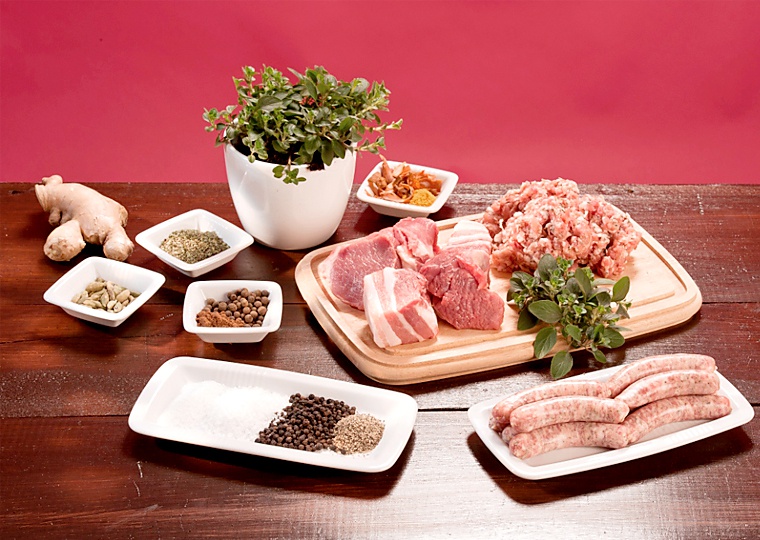 pigmeat free of connective tissue protein in the meat protein:

histometrically not less than 75% vol;

chemically not less than 80%;

Bratwurst is traditionally served with potato salad or a hearty sauerkraut, and with either mustard or horseradish as a condiment.