Nuremberg, 23 September 2014. On the occasion today of the awarding of the Nürnberger Bratwurstpreis (“Nuremberg Bratwurst Prize”), an exhibition concerning the history of Nuremberg’s “mini” roast sausages titled “9 cm Nürnberg. Eine Kulturgeschichte der Nürnberger Bratwurst” will be inaugurated by Nuremberg mayor Ulrich Maly. The Nuremberg roast-bratwurst industry association known as Schutzverband Nürnberger Rostbratwürste e.V. provided support for the exhibition, via a six-figure grant. The Director of the Municipal Museums was responsible for the design of the exhibition. 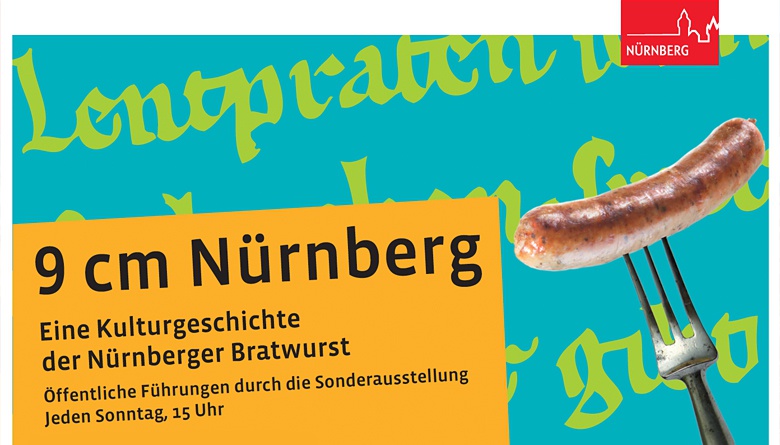 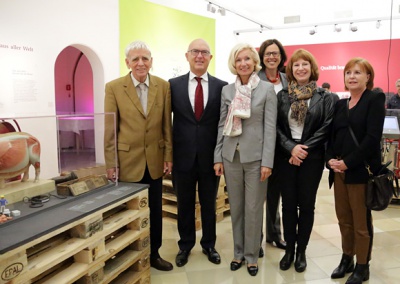 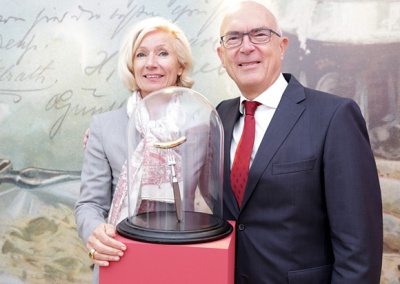 The exhibition, which officially opens on 24 September 2014 and will close on 29 March 2015 and extends over 210 square meters, was devoted to what are probably the world’s smallest bratwurst.

Nuremberg Rostbratwurst, or roast bratwurst, is a popular specialty that’s renowned far beyond the Nuremberg region – thus also making it a calling card for the city of Nuremberg itself.

“The association and its members have long wished to see an exhibition about Nuremberg bratwurst come to fruition – and particularly one that is in keeping with the pride they take in the fact that their city’s bratwurst is an internationally renowned specialty item. We’re extremely grateful to this year’s prizewinner, Mayor Maly and the Municipal Museums’ staff, for having found a place at the museum for the more than seven-century old tradition of Nuremberg bratwurst,” said Rainer Heimler, executive director of Schutzverband Nürnberger Bratwürste e.V. In the interest of ensuring that the exhibition would come to fruition as soon as possible, the members of Schutzverband Nürnberger Bratwürste e.V. supported the exhibition via a six-figure grant.

Likewise crucial to realization of the event was the outstanding contribution of the former head of Nuremberg’s legal department, Dr. Hartmut Frommer, who successfully registered the name “Nürnberger Rostbratwürste” (Nuremberg roast sausage) as an EU protected indication of geographical region (PGI mark). “The home locations of Nuremberg bratwurst are Nuremberg’s city hall (Rathaus) and the adjacent Sebalder Platz. I’m particularly pleased that an exhibition devoted to Nuremberg bratwurst is now installed in very close proximity to these locations,” said Dr. Frommer, who in his capacity as deputy executive director of Schutzverband Nürnberger Rostbratwürste e.V., plays a pivotal role in protecting and upholding the venerable tradition of Nuremberg’s “mini” bratwurst.

On the occasion of a bratwurst walking tour he is leading in connection with the city sightseeing tour, Dr. Frommer will be explaining the importance of and legends surrounding Nuremberg roast sausages, which are only 7 to 9 cm long.